Why do husbands hate coming home from work? 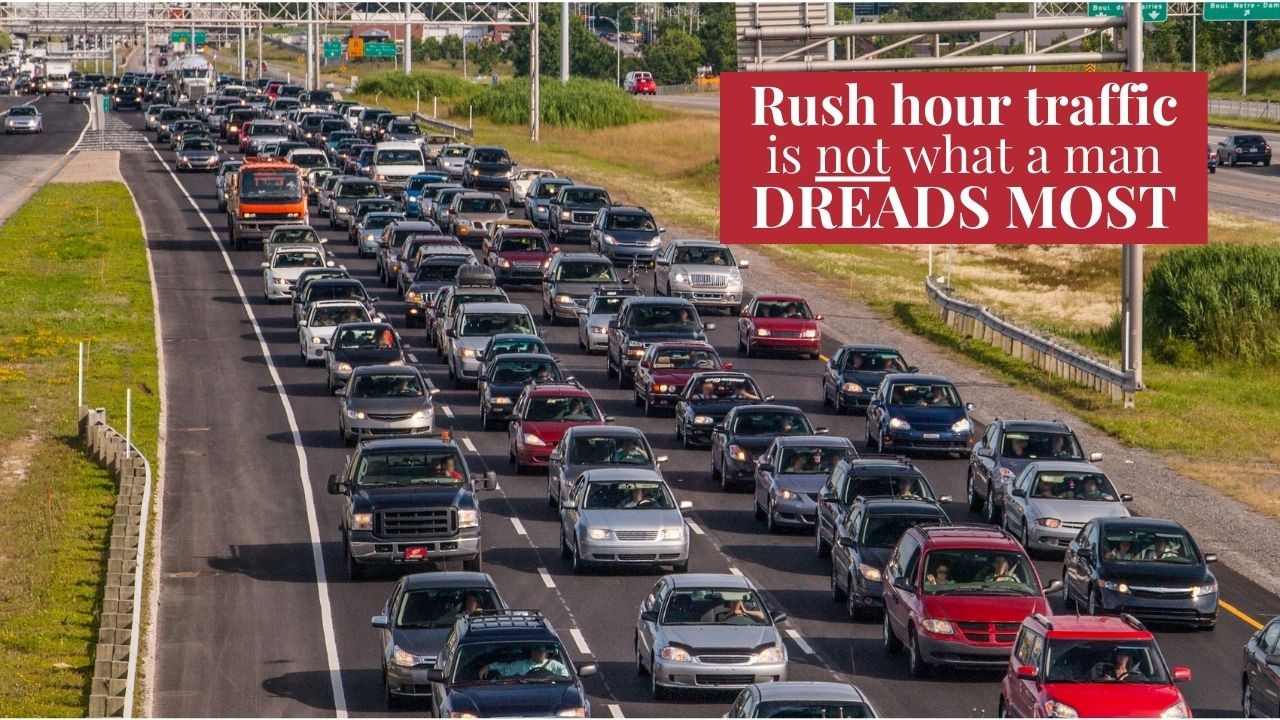 Your husband is late again. He finally walks in the door. But he’s not really there. You’re trying to get dinner on. And the kids are fighting. Again. Your husband doesn’t even notice. Much less pitch in to help. What can you do?

So why do husbands hate coming home from work? Once a woman understands her husband’s inner world, she can usually (and quite easily) ignite his desire to come home earlier … and to help out more.

Keep reading to learn One Simple Change you can make with minimal effort!
Yes, you can scroll ahead if you like. Look for the red letter text.
But don’t miss out on the why behind it all, okay?

As a woman and as Couples Psychologist, I know how hard we women work at getting things right.

But we often shoot ourselves in the foot by focusing on doing things right, instead of doing the right things.

I want to help you change that.
… and make your life so much easier!!!

When your husband hates to come home, everybody loses.

When your home is not a safe place for your husband, it’s not going to be good for you either.

Yes, men need to find a safe place. At home.

My first post on this topic got some immediate feedback on social media about how women need to have a safe place, too.

Then a discussion ensued on Twitter about abusive relationships and how this does not apply to someone who is being abused. I want to address that topic in another post. It’s something we should all ask ourselves, and there are specific things I want to share with you about domestic violence.

The average man is a good man who wants to take good care of his wife and his family. He goes to work every day. He comes home every day and just really needs a place where he can be wanted and accepted just like he is.

And that is actually so rare – even for the good guys in this world – to be able to have a safe place where they can come home and just relax. So that’s why husbands hate coming home from work.

Several years ago, a man I’d been seeing in couple’s counseling told me something I never would have guessed.

He and his wife lived in Southern California, so he had a really tough commute from Orange County to LA and back for work every day.

His drive took a minimum of an hour and a half … one way.

While talking during a split session, he confessed that when he got home, he would actually drive around and park several blocks away.

He’d shut off his car.
Then he’s just sit there and cry.

He felt so exhausted from everything he handled at work every day, and he dreaded going into the house. Because he was typically met with a list of problems and no real attention or affection. Clearly he was one of those husbands who hated coming home from work.

It was eating him alive.

If you’ve followed me for very long, you know that men are actually way more sensitive to those kinds of things than we are as women. The problem is that those guys have to go out in this fast-paced world, make a living to provide for their families, and put on armor to protect themselves from everything that’s coming at them that’s telling them …

So he goes through his whole day with a huge, heavy weight. And equally weighty armor to protect himself from that sense of not being able to measure up. So when he comes home, he needs to be able to take off the armor, be greeted, loved, and accepted.

He needs to know he’s wanted.

If he doesn’t tell his wife about what’s been going on at work that day, that’s one thing. But when she doesn’t even seem like she cares that he’s home, or for her to immediately say,

All the while, there he is, feeling alone, not cared for … and used.

And hating coming home from work.

I mean it’s no wonder that that man would sit in his car and cry.

If he knew he was gonna have to go into his house and put on the armor again? That’s really, really sad.

Stay-at-home moms don’t have an easy life either.

The flip side of that is also very, very understandable. Because you’ve got a woman who’s been at home all day long with kids. I did that myself for 12 1/2 years, so I know that can be its own set of nerve-racking.

She desperately needs some help, and she sees him as her rescuer.

She believes he’s going come home and take over the chaos. He’s going to take care of the kids – or whatever fire is blazing at the moment. And she’s going to get some relief. Because the cavalry has arrived!

While he’s on his way home, she isn’t thinking about about what he’s coming from.

Some women have full-time jobs on top of a household to run!

Even worse yet is a situation where the wife also works outside the home. She comes straight home and immediately jumps into the fray:

All of those things … and more. Plus she seems to be able to do it really well.

Then he comes home from work. And he doesn’t help. At least, he doesn’t seem to want to help. That’s very very confusing. Because women are handling lots of things, and they desperately need the help. But the guys not stepping up and taking care of things, too.

What we don’t realize in those moments is how often we turn to attacking, blaming, and criticizing the person we love most – someone who’s already been really beat up all day. He usually has no place else to go where he can …

We women have a different situation.

Women are generally pretty good at finding ways to support one another. We have many ways to reach out. And it’s totally acceptable for us to reach out, to ask others for emotional support.

It's not the same for guys.

They really don’t have a place where they can just say,

There’s no safe place for men to say that … except with their wives. If they’re lucky enough to have a wife who accepts their vulnerability. And if he is one of those lucky guys, he does not hate coming home from work.

And if she can infer that he had a bad day from his nonverbal communication, all the better!!!

We must begin to realize that. Because if we don’t know what’s really going on with him, we’ll see him as the problem.

Women often see their husbands as an additional problem.

That’s when we attack, blame, and criticize him for not coming to our rescue the moment he walks in the door.

When that happens, we’re doing the emotional equivalent of kicking the man in the groin. And now we’ve taken away everything he needs to function as the Knight in Shining Armor we married.

You know I have three sons. And I accidentally kicked Son #2 one time. We were engaged in horseplay, and I kicked him. Not that hard. And that poor boy – he was about 13 at the time – he literally dropped to the ground. He could not breathe! It took the wind right out of him.

We do that emotionally to men all the time. We don’t realize how wounded they are. So we get on his case about what we perceive to be his shortcomings. Which is the equivalent of saying,

[kick] “Now get up and help me. This is about what I need, and you’re a jerk to leave everything for me to do.”

“What is wrong with you?” [kick kick]

It’s more painful for him than women ever realize. And I don’t know how else to really get this across to women. How important it is that we understand that home is the only place where a man has even the remotest opportunity to …

This is about knowing the right thing to do so your husband does not hate to come home from work … and you won’t have to do everything yourself. I’ll be talking a lot more about what that looks like. Specific steps that you can take to make him feel welcome to be with you.

Here’s one really simple and quick tip that will have an immediate impact.

When he walks in the door, stop whatever you’re doing, make eye contact with him, and smile.

You don’t really have to do anything more. It’s like hanging out his personal welcome sign. A simple, low-energy investment that says:

Instead, he’ll be thinking, “I can’t wait to get home and see my wife.”

Experiment to see if and how it works in your marriage.

You don’t have to trust me on this. But when you do this on a consistent basis, I believe you will see a difference. Maybe not right away. Depending on how distant you have been from one another. But you have already started changing things. With minimal effort on your part.

That’s my challenge for today. Test it. See if it makes a difference in your husband’s desire to come home from work. Then let me know how it goes. I look forward to hearing from you and the results that you see.

Warning: Often when I make a suggestions like this, I get, “Yeah, but…” from women. If you have a “Yeah, but,” please let me know.

Why do husbands hate coming home from work?
Got questions? Let’s starts a dialogue.

Because I really want you to know the power you have to make a difference in your life … in loving and being loved … having the kind of relationship that you both have always dreamed of. 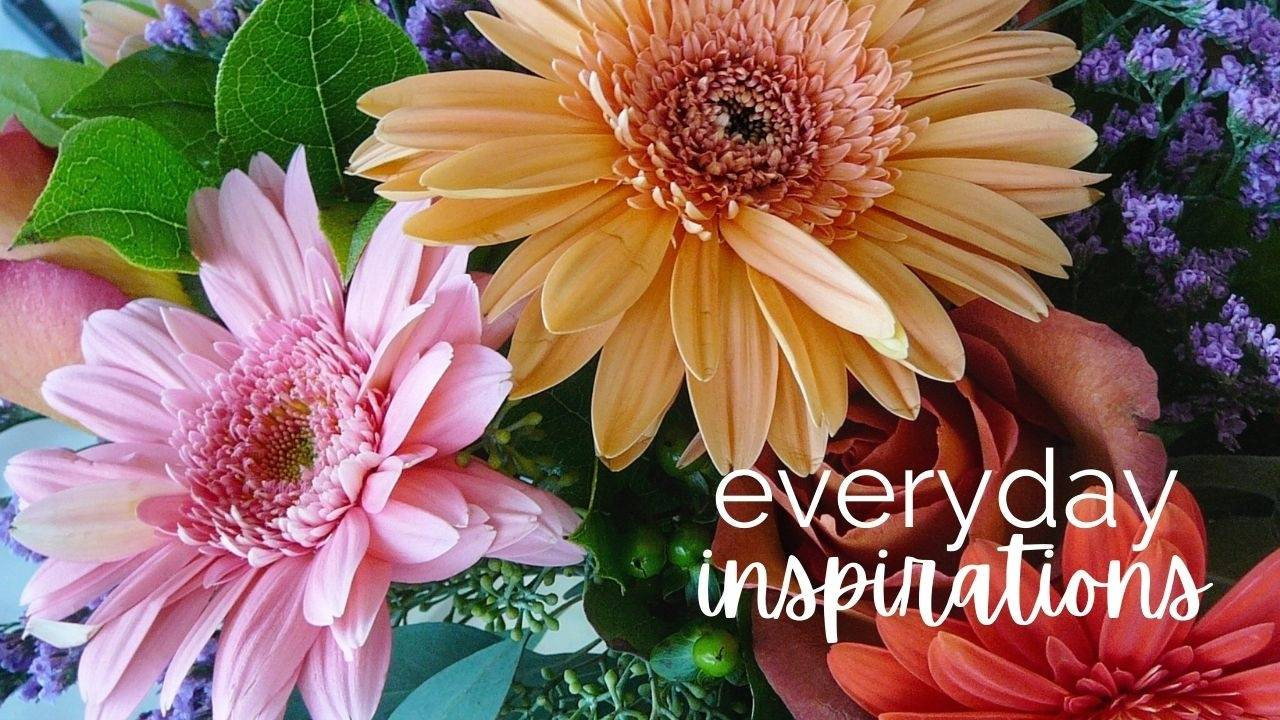