Let's talk about men and anger. I want you to understand what it looks like from both points of view. From the woman's point of view, the man has an anger issue.

A woman described a situation not long after she started dating her husband wherein he exploded over something that most people would not have that strong of a reaction to. She had been trying for 20 years to deal with his anger.

Having a conversation with her husband, I realized that his issue was actually that he felt incredibly disrespected. That was his core issue: disrespect.

I could see – even looking back at the issue she had originally mentioned, the one that occurred when they had first gotten together – that it was really about disrespect. He reacts very strongly to disrespect. He told me that there were many times when he would make a simple request of his wife - something that's perfectly normal perfectly natural for someone to desire. She would refuse to do it, which again contributed to his feeling disrespected.

So they have this negative cycle going. She was actually trying to change her husband, In fact, she told me the reason she chose to talk to me was because she saw (on my website) that I specialize in men. Her hope, both implicit and explicit, was that I would be able to fix her husband's anger problem. That made sense. She needed help with an issue.

However, if you know anything about negative cycles, you know that they are driven by two people. Someone initiates, and someone responds. Two people create that cycle together.

Her attempts to help him with his anger problem backfired every single time.

Yes, I did see the man explode. He did react very very strongly. He did not have a lot of self-control when it came to his blood pressure when something didn't go his way.

However, the challenge was when I suggested that she stop doing things that she knew would annoy him, that she stop pushing his buttons, but instead start showing him respect. Sadly, her response was that to show him respect would mean that she was rewarding his behavior.

She couldn't see that she had the power to stop the negative cycle by refusing to engage in her old behaviors.

It's like being on a teeter-totter. If you've got somebody on both ends, then you can make it go up and down. But if one person gets off the teeter totter, the other one is just sitting there on the ground with no one to keep the action going.

to break the negative cycle, you've got to recognize your own position in the cycle. It can't just be about changing the other person's behavior. Because it's like a teeter totter.

Another way to look at it

The negative cycle is like a tug of war. If you want a tug of war to end, you can always let go of the rope. That means you refyse to respond in an old way. And you do that in kindness, trying to figure out the bottom line question the other person is trying to ask.

I’m not sure he was in a place at that point to be able to understand what it was like for her. That's been my experience with almost every couple I’ve worked.

They do it together. The negative cycle is created by two people, not just one. When you can recognize your own part in the cycle, you can start to change the position that you take.

Be available, responsive, and kind.

Yet have good boundaries. No doormats here!

I do not believe in one person becoming a doormat for the other person. They lose respect for you, so that doesn't work either. Just recognize your own part in the negative cycle.

In this particular case, the woman became so angry herself that she was not willing to look at her part in the cycle. Consequently, we weren't able to go any farther. In fact, she turned her anger on me, which is not unusual.

If you have that much anger, then you probably are not going to want to work with me. Because I’m very action-oriented. I want you to achieve your goal. If that means something that you're thinking or doing is not working, then let's try something else.  Let's see what happens. We look for solutions.

A Free Workbook for you

I actually created a workbook that I’ve used with many many couples. You can download that workbook for free by clicking here > How to Resolve Couple Conflict

The workbook walks you through step-by-step: how to recognize the negative cycle how to identify it and how to begin to change your behavior.

How to Take a Timeout

Part of breaking the cycle is learning how to take a time out for yourself. You never want to tell the other person, "You're out of control. You need a timeout."

However, you can say, "I feel overwhelmed. I feel flooded. I need 10 minutes. I’m going to go for a walk, and I’ll be back. And we'll pick up the conversation"

You can say, "I’m not ready to talk about it right now. I still feel really upset, but I would like to pick it up again tomorrow."

You could say "after dinner," but give a specific time so your partner knows when you're going to come back and address that issue.

Taking a timeout is a very powerful way to get off the teeter-totter, to let go of the rope. Give yourself a chance to regroup.

Then when you re-engage, you want to walk in and listen to the other person.

"Okay, I want to hear what you're saying. You're upset when we get ready to go somewhere, and I’m not ready on time. Did I get that right? Did I miss anything?"

"I can understand that. And I can understand how it can be really frustrating for that to happen. The next time we're going to go somewhere, I am going to be ready at least five minutes early so we can walk out the door. Because I don't want to just annoy you. You're the love of my life. You're the person who matters more to me than anyone else on the face of this earth, and that's what I want to do."

When & How to Talk About Your Own Pain

At some point - maybe not right away - you want to address the issue that got you flooded in the first place. The issue could be that you feel like you're being treated like a child and ordered around. "I said be ready at this time, and you need to do that, and don't disrespect me."

You can say to your partner, "You know, sometimes when you get on my case for being slow, it makes me feel like a child. That hurts. I don't feel like I’m an equal partner with you when that happens. It would really helped me a lot if you could be gentler with your reminders that we are leaving at a certain time. But also I realize I need to do a better job of getting ready and being ready to go on time."

Through all the years I have done this work with couples, it one of the hardest things to recognize that both people create the negative cycle. Without two people on the teeter totter or in a tug of war, the negative cycle doesn't happen.

However, if you're not willing to or aren't brave enough and confident enough to step into that space of self-awareness and taking a step in a new direction, then nothing's going to change.

I hope you'll download the free resource How to Resolve Couple Conflict: Breaking the Negative Cycle and Creating Connection. It's absolutely free and includes:

I will be happy to answer any questions that you have. Please feel free to leave your comments down below, and we'll talk soon. 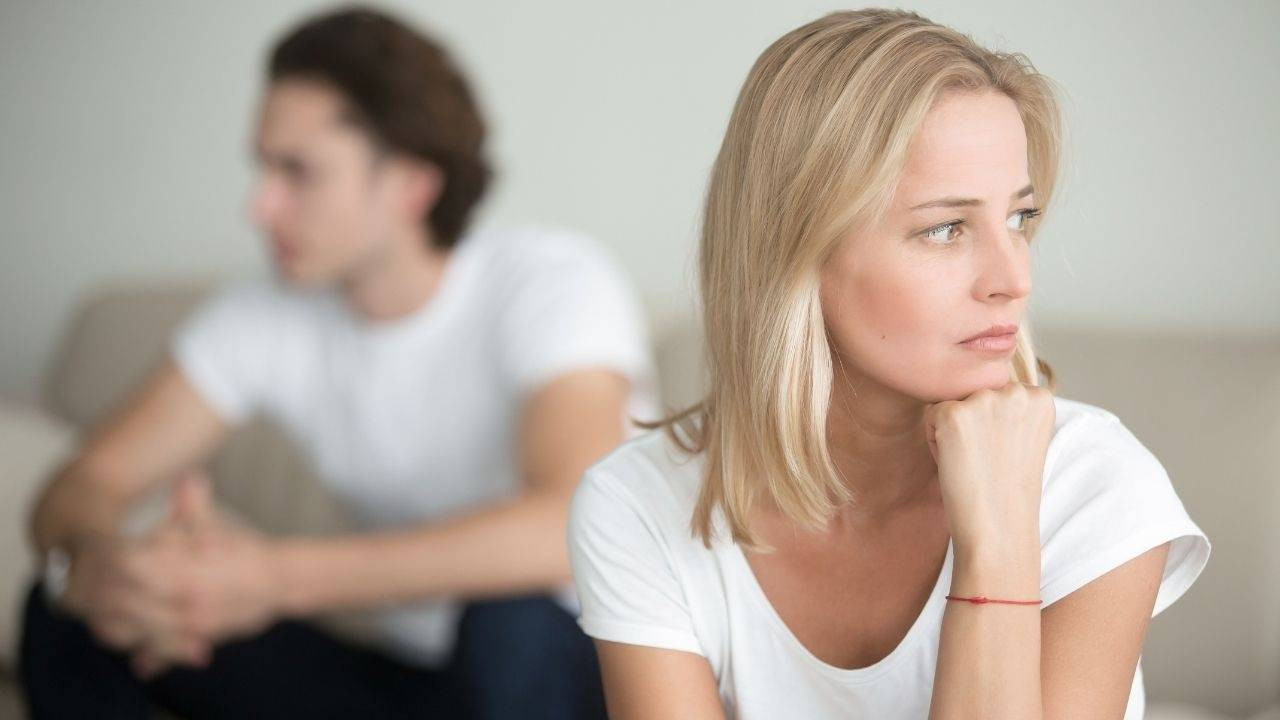